This index is for Simplified Chinese characters whose cangjie input code begins with the 木/d element.

That includes characters beginning with these derived shapes (or variants of these shapes):
木

Each index link links to a character definition page which include broader definitions, cangjie input codes and where applicable, words containing the target character.

This Index itself shows Simplified Chinese characters, their Traditional counterparts (where different) and one of the character's definitions in English. 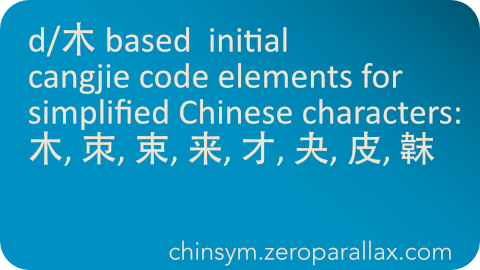